Read more
*SPOILERS*
The brilliant sci-fi Ex Machina (Alex Garland, 2015) received numerous awards as well as two Academy Award nominations for Best Original Screenplay and Best Visual Effects. Nathan (Oscar Isaac) invites Caleb (Domhnall Gleeson) to his remote home to assist him in the evaluation of his latest invention, a humanoid A.I. he calls Ava (Alicia Vikander). Nathan,[1] the megalomaniac genius with disconcerting misogynist tendencies,[2] wants Caleb to Turing-test Ava. The exchange is set up with Ava behind transparent glass and Caleb seemingly leading the conversation. But this is where it gets complicated. Why is Ava behind this boundary? Who is interviewing whom? And who is watching whom?
Nathan lives in a remote location that is only accessible via privately hired helicopter. Shot on location at the Juvet Landscape Hotel, Valldal, Norway, Nathan’s house is a marvel of modern design. At its origin, modern architecture symbolized progress and, above all, transparency in its purest concept of accountability and clarity. Glass, along with steel and concrete, were the materials of choice to express these sentiments. In Nathan’s house, however, glass deprives individuals of privacy and imprisons them. Here, glass serves as a boundary while allowing observation. Ava is presented to Caleb like a toy in a display window. Nathan monitors Ava and Caleb via multiple security cameras. Caleb watches Ava on his flat screen TV. Transparency, ostensibly good, is here transformed into a tool for surveillance. 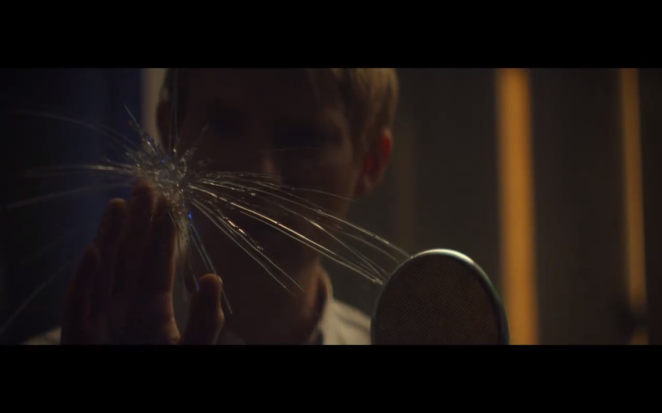 The tables turn when Ava is finished with her strategic observations of Caleb, and indeed Nathan. She passes the Turing test with flying colours. It was her who had been gathering information and watching her apparent superiors. While glass limits her space and screens monitor her movements, for her, these boundaries become membranes rather than barriers. She uses the cameras to her advantage and breaks through the glass to escape her prison. She traps both Nathan and Caleb in her former enclosure without a moment’s hesitation, and skillfully hitches a ride with the private helicopter.
At one point during a conversation with Caleb he had asked her were she would go if she could leave. Her wish is to go to a busy junction and watch people. Blending in perfectly, synthetic skin covers her transparent body parts, she can now observe individuals to her heart’s content. Where will she go from here? [1] In Hebrew culture, the name means “God will give,” which is a nod toward Nathan’s God-complex and creative genius.

[2] One wonders if his endeavours to create artificial intelligence stop short of his wish to manufacture the perfect sex toy as exemplified by Kyoko: mute (because which sexist creator would want “his” woman to talk?), obedient (great cook and cleaner!), and beautiful. Did he get bored with her? What about all the other divine specimens of female anatomy hidden in his closet?