Achilleion: Legacy of an Empress

On 10th September 1898, the Italian anarchist Luigi Lucheni murdered Elisabeth, Empress of Austria and Queen of Hungary, in Geneva. As it turned out, the royal known as Sisi had simply been in the wrong place at the wrong time: Lucheni’s target, the Prince of Orleans, never showed up. Instead, Lucheni sealed Sisi’s undying mythology: the heavenly beauty, beloved by the people, trapped in her fate and longing for privacy, was finally free.

Elisabeth, a Bavarian duchess, married Emperor Franz Joseph of Austria at the age of 17, against the wishes of her parents and new in-laws. Legend has it that Elisabeth and Franz Joseph fell in love at first sight and that the emperor was under Elisabeth’s spell henceforth, willing to forego even official policy to fulfill her every wish. To the dismay of the emperor’s mother – and apparently all the men at court – Elisabeth had the “audacity” to be politically active. What was even worse, in her critics’ eyes, was that she lobbied for Hungary’s independence, which was a thorn in the Austrian Empire’s side. Elisabeth married for love and not duty and famously hated official ceremony. Instead she loved horseback riding, an allegedly unrefined sport for an empress. Romanticized even during her lifetime, worshiped Sisi also lived off the monarchy’s riches, supposedly had a private bank account in Switzerland, and traveled through Europe, Anatolia and North Africa for decades. 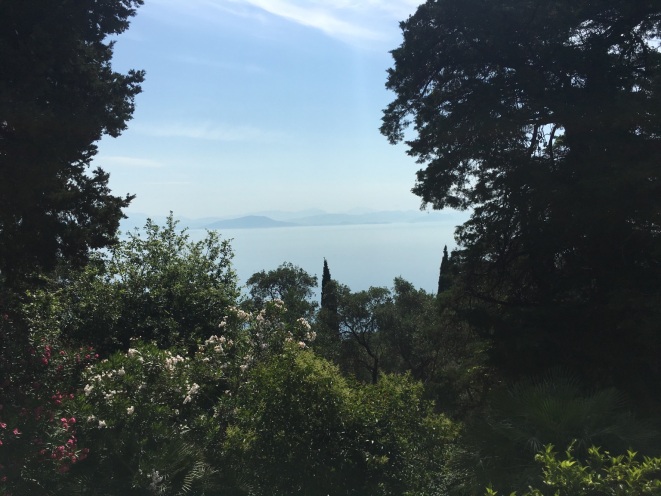 In 1860, Elisabeth fell ill and doctors recommended a change of climate. She went to Corfu, the Greek island in the Ionian Sea. Between 1889 and 1891, she had Achilleion built, a palace in the Pompeian architectural style, which also paid homage to Greek mythology. Elisabeth reportedly admired Achilles, the Greek hero of the Trojan War, and the palace became a manifestation of her love for Greece, its culture and its language. Until her assassination, Elisabeth spent many years living in this palace. Her daughter Gisela inherited Achilleion but sold it to Kaiser Wilhelm II of Germany in 1907, who used it for diplomatic meetings with other European rulers. The Kaiser was forced to abandon the palace in 1914 and it was used as a military hospital during World War I. After WW I, Achilleion became the Greek state’s property who used it as an orphanage in the early 1920s and later held official functions there. During World War II, Nazi Germany took over the Achilleion and transformed it into one of their military headquarters. After WW II, the Hellenic Tourist Organization seized the property and between 1962 and 1983 leased it to a private investor who converted the ground level to a museum and the upper level to a casino. While the Sissi trilogy* never filmed on location in Corfu, the 1981 James Bond film For Your Eyes Only used the Achilleion for its casino scene. Throughout the 1990s and 2000s, the building hosted several diplomatic meetings. Today, the Achilleion is a museum. 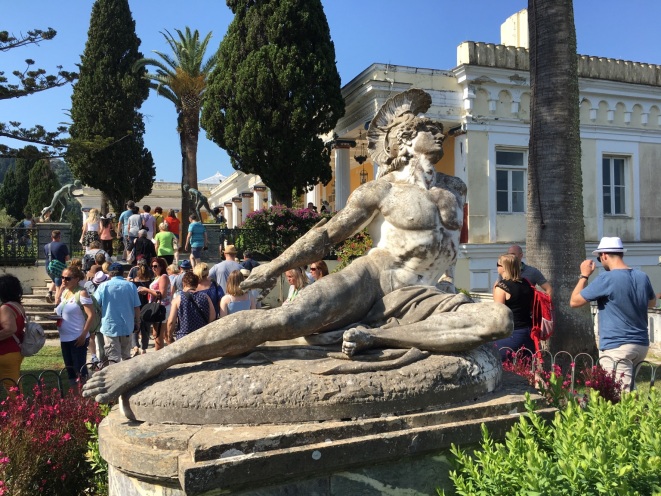 Sisi’s life is common knowledge – films, biographies, and even a musical,** while painting the image of an impressive woman also perpetuate certain theatrical “facts”: the “evil” mother-in-law who “tortured” Elisabeth; Franz Joseph’s “self-effacing worship” of his wife; Sisi’s “narcissism,” her “unfounded passion” for Hungary’s political freedom or her “calculated” use of her beauty as a persuasive power. This woman’s life thus reads like a classic Greek tragedy with the Achilleion as a monument to Elisabeth’s mythology.

Both the palace and its mistress endured a turbulent life. Just like this building on a Greek island, the factual and/or fictional representations and thus Elisabeth’s spell persist over a century after her assassination. A fierce individualist, Elisabeth did what she wanted by defying rules designed to keep an empress – a ruler – “in her place.” Far from remaining demurely at court in Vienna, the restless traveler even had an anchor tattooed^ on her shoulder. Tragically, she paid with her life for her unapologetic strength, independence, and hunger for knowledge. The palace’s unwavering resilience – it endured transformation throughout a century and was finally molded to serve as a tourist attraction today – remains as a contemporary witness to this 19th-century feminist. 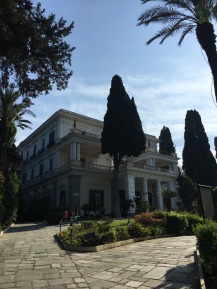 **) Elisabeth, written by Sylvester Levay and Michael Kunze, is an Austrian musical production, which premiered in Vienna in 1992, and was performed all over the world until 2016.

^) Women and tattoos are a contested subject even today. See, for example, this article in The Guardian or this project on Instagram.